State and local decision makers within the Big Sioux River Basin identified a need for a Flood Information System (FIS) to predict the severity of flood events under a range of climatic events and implement appropriate countermeasures to mitigate the impacts to life and property in extreme events. As a result, RESPEC was hired by the South Dakota Department of Environment and Natural Resources to develop the FIS for the Big Sioux River Basin located in eastern South Dakota.

The FIS will consist of a hydrologic and hydraulic (H&H) model application and a web-based Flood Inundation Mapping (FIM) tool. The H&H modeling will be by accomplished using a linked modeling system that consists of HSPF and HEC-RAS 5 executed in unsteady two-dimensional mode.

The FIS will allow decision makers to predict river elevations and flood inundation under a range of stream flows and user-defined topographic conditions at critical conveyance points in the watershed. Flow scenarios will include an analysis of alternative flows on critical tributaries as well as alternative flows on the Missouri River to understand backwater effects of the Missouri River on Big Sioux River inundation.

Alternative topographic scenarios and mitigation strategies will include levees, raised roads, or breached structures. Information such as peak depth of inundation and peak velocity will be available to decision makers anywhere within the inundated area to facilitate emergency management activities. Additionally, ancillary information, such as time to peak depth, initial time to 1 foot and/or 2 feet of depth (wave-arrival time), time above 1 foot and/or 2 feet of depth (depth duration), and inundation depth and velocity at selected times (time history), will be provided.

As extreme weather events become more frequent, the technologies developed during this project can be applied throughout the US and beyond. 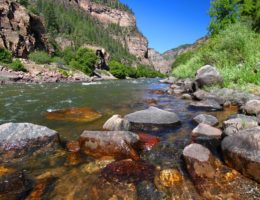 The Big Sioux River Flood Information System contains more than 8,500 possible flood scenarios that can be utilized by the public to evaluate specific flood risks. 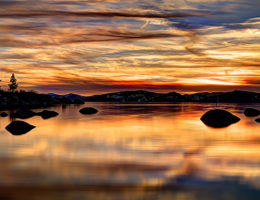 Officials from Watertown got a glimpse of a new flood forecasting tool that will help their communities better manage nature’s occasional floods. 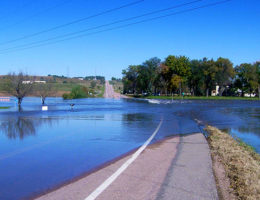