The Phase 1A work included constructing the campus utilidors and related vaults to accommodate the new campus distribution cable topology around the existing Atkinson Power Plant. During Phase 1B, the campus switchgear building was constructed along with electrical utiliducts to the Atkinson Power Plant power generators and Golden Valley Electric Association (GVEA) intertie.

The utiliduct layout required extensive coordination with the existing utilities, railroad tracks, and roadways. The utilidor system that was constructed during Phase 1A was extended underneath the new Energy Technology Facility Test Modules building and to the new campus switchgear building. Extensive structural and electrical revision of the existing GVEA tie substation occurred, including the installation of a new diesel plant transformer, utility tie switchgear, and related equipment that linked the diesel plant and GVEA intertie to the new distribution system. A new supervisory control and data acquisition (SCADA) system provides for centralized control and monitoring of the electrical system from the Atkinson Power Plant control room.

The Phase 1A and 1B work has established a foundation to extend the useful life of the electrical campus distribution system for 50 years and will streamline UAF’s plans to add new energy sources and buildings for teaching and research on the campus. 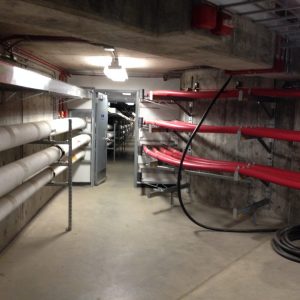 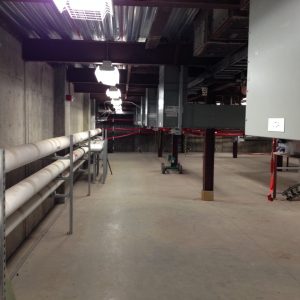 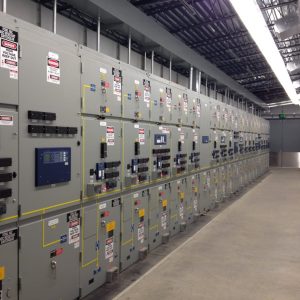