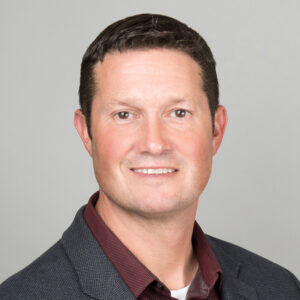 RESPEC is delighted to announce Jason Love as our new President. On December 10, 2021, RESPEC’s Board of Directors voted to separate the roles of CEO & President. This directive furthers RESPEC’s sustainability, which requires a commitment to leadership development and succession. Jason has been with RESPEC since 2005, has served on our Board of Directors since 2013, served as our Senior Vice President of Water & Natural Resources (WNR) since 2016, and provided professional engineering consulting since 1997.

As of January 1, 2022, Todd Kenner is RESPEC’s CEO, and Jason Love is RESPEC’s President. This bifurcation ensures we have one leader envisioning our future alongside the Board of Directors and another leader working with our Officers, Vice Presidents, and Co-Presidents to meet the needs of our employee-owners and clients.

“Separating the roles of CEO and President reflects RESPEC’s commitment to evolve and reinvest in ourselves, which ensures sustainability,” said Jason. “I’ve been charged to focus on two audiences – our employee-owners and clients – and ask, How can we make their experiences better?”

For 17 years, Jason has worked across RESPEC, blending water quality and water modeling solutions into different projects. He started with Mining and Energy and moved to Data & Technology. Now Jason has worked across all RESPEC’s markets. His passion for integrating solutions has defined his tenure at RESPEC and contributed to growing WNR from a $1M business in 2009 to a $12M business in 2021. Jason’s commitment to RESPEC, his fellow employee-owners, and our clients propelled him into the role of President.

“RESPEC’s growth happens many ways – organically and through acquisitions that expand our geographic footprint and service offerings,” Jason said. “I’ll be working to prioritize and manage those types of growth at RESPEC.”

“RESPEC’s a 52-year-old company with a start-up mindset,” said Todd, emphasizing that mentality makes succession critical. “Jason’s growing up in RESPEC means he knows our firm, culture, and strategy intimately.”

In 2022, Jason will kick off his role as President by focusing on cultivating RESPEC’s next generation of leaders, developing a Growth Strategy Group, and preparing for RESPEC’s Vision 2030.

With Todd and Jason at RESPEC’s helm, we are positioned to strengthen RESPEC. Over Quarter 1 of 2022, RESPEC will announce other investments and actions that we are taking to continue our growth and solidify our sustainability. Please join RESPEC in welcoming our new President, Jason Love, and celebrating this opportunity!