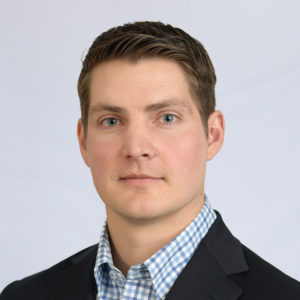 Brett joined RESPEC in 2011 and received his master’s degree in civil engineering from the South Dakota School of Mines & Technology in 2012. Brett is a licensed Professional Engineer in eight states and the supervising professional for RESPEC in Louisiana, Kansas, and New York. Brett currently serves as President of the Black Hills Chapter of the SDES and is a member of several other organizations in the Rapid City community.

Since joining RESPEC, Brett has consulted on more than 40 projects. He specializes in salt mechanics for solution- and conventional-mining operations. A few of his project are highlighted below:

2017–2020: Engineer of Record for a $100-million-dollar-plus project that involved designing underground mass concrete bulkheads that were used to impound water at an underground salt mine.

2019–2020: Developed a conceptual design for the Waste Isolation Pilot Plant salt mine in New Mexico. This project involved structural modeling of the current workings and developing a new mains design to reduce the deteriorating ground conditions and the time to the first major ground rehabilitation-replacement of ground support.

2019–2020: Worked with a RESPEC team to provide the concrete and grouting design of a pressure bulkhead in an underground mine in Colorado.

2014–2016: Collaborated on multiple projects that involved the structural analysis of solution-mined salt caverns in the Gulf Coast, US; Canada, Great Lakes Region US; Brazil.

2011–2020: Worked on multiple projects that involved the structural analysis of salt mines in Canada, the US, Brazil, and France. The work included ground-support designs, pillar designs, and instrumentation reviews.

Headquartered in Pierre, South Dakota, the SDES is the state society of engineers from all disciplines and has a mission to “promote the ethical and competent practice of engineering, advocate licensure, enhance the image of its members, and advocate legislation and public policy for the betterment of human welfare and the profession.”

The SDES is involved in science, technology, engineering, and mathematics (STEM) activities, including various career fairs throughout the Black Hills. The organization cosponsored an American Society of Civil Engineers (ASCE) film titled Dream Big for kids from local schools to attend.

In September, the state chapter of the SDES will determine the 2019 Engineer of the Year from the award winners in the Central, Eastern, and Black Hills Chapters.

TAGS: Mining
Back to Newsroom