RESPEC’s team designed the replacement of dual medium-voltage feeders from Alaska Electric Light & Power (AEL&P) with transformers contained in a vault inside the Alaska State office building on its seventh floor. The new transformers are oil cooled with an output of 480y/277-volt power to the building distribution system. RESPEC’s design involved determining locations for the transformers and switchgear, the types of transformers, and a construction methodology to complete the equipment and circuit replacement while retaining power to the building. RESPEC completed the load analysis, preliminary design, design development, and contract documents. RESPEC was also involved in the bidding process and bid review. Tasks 1 and 2 involved a power outage and transfer of power from the two existing transformers to the new utility transformers located outside on the north side of the building, which created a temporary connection. After a temporary connection was established, roughly 50-year-old transformers were shut down and cooled. After 5 days later, oil was drained by AEL&P. Once the transformers were out of the vault room, a new switchboard was installed and permanent power was established. 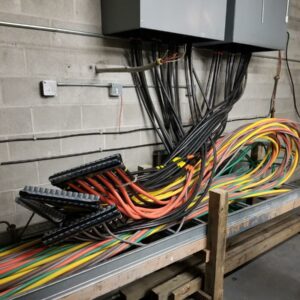 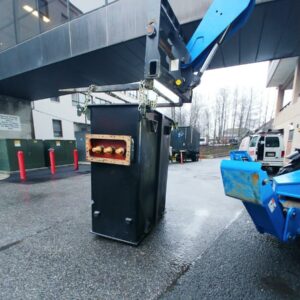 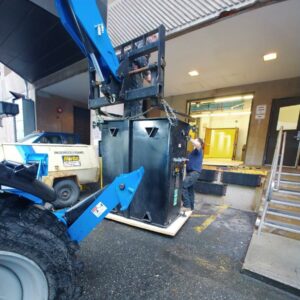 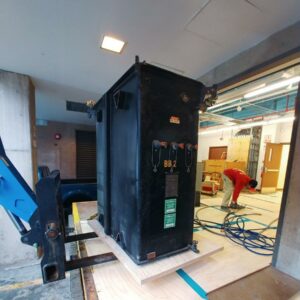 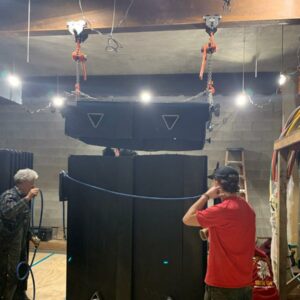