The ultimate pit plan was developed using the Gemcon block model to extend the pit depth consistent with the anticipated plant-feed specifications. Reserves and waste volumes were determined for the ultimate pit plan. Using the geologic block model, a 10-year mine plan was developed in annual increments to indicate the mined blocks and the expected annual head grade. The required plant-feed chemistry was used as the driving force for sequencing.

Overall, RESPEC’s planning and modeling aided Cemex in defining the mining sequence that maximized the quarry resource and met the cement factory feed requirements. The plan also defined the timing for relocating the primary crusher. 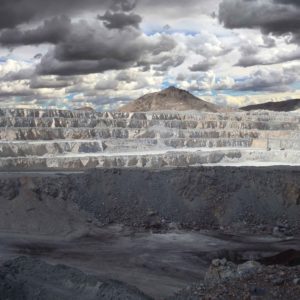