Defining the extents of a density-driven plume in support of permitting a proposed Class 1 injection well.

RESPEC served as a subcontractor to WSP USA on a Class 1 injection well permit for a new injection well in Louisiana. To support the permit application, RESPEC conducted pressure and plume migration modeling, including calculating expected increases in pressure at the wellbore, to ensure that pressures would remain below the allowable threshold.

RESPEC also created a density-driven plume model using SWIFT groundwater modeling software and worked with the client to define appropriate modeling inputs for aquifer properties and characterization of the injection waste stream. Because the site is near existing and proposed injection wells in the same injection zone, nearby wells were reviewed and included in the model. RESPEC developed several model scenarios, by adjusting the density of injectate and the transmissibility of faults, to develop potential maximum scenarios for plume migration. The combined results from the base case and all of the sensitivity runs allowed our hydrogeologists to map the maximum plume extent after a 10,000-year migration period. 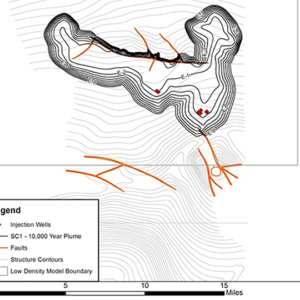 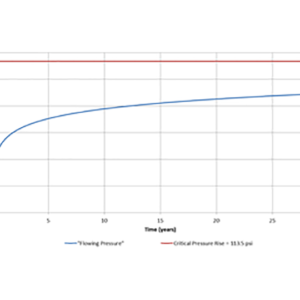