Conducting a geomechanical investigation to determine if mining operations in closely spaced caverns could continue to be mined safely.

The client operates several solution-mined brine production caverns in a Louisiana salt dome; some of the caverns are located within 200 feet of each other. The Louisiana Department of Natural Resources requires that operators provide proper justification that shows continued operations are safe in all caverns that are spaced less than 200 feet apart from each other. The client preferred to continue operations in the caverns and hired RESPEC to conduct a geomechanical investigation to determine if the continued mining of the caverns was safe.

A three-dimensional structural model of the caverns, salt dome, and surrounding sediments was developed to assess the cavern stability and integrity of the salt webs between the caverns under continued mining conditions. Numerical simulations of the entire operational history and planned future mining were conducted to estimate the stress conditions surrounding the caverns for their current and planned future geometries. The numerical model used creep and strength properties of the salt which were based on RESPEC’s laboratory tests of salt core that were obtained from the salt dome. The results of the investigation indicated that mining operations in the caverns could be safely continued. 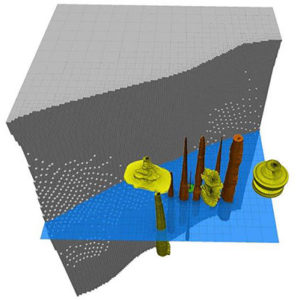 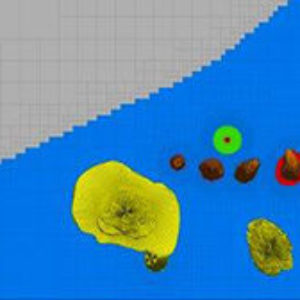