A series of underground storage caverns in Jurong, Singapore were developed to store crude oil, condensate, naphtha, and gas oil. The caverns maintain their product through hydrodynamic containment. RESPEC was involved in hydrogeologic modeling and provided support when developing this facility. The caverns were developed under a bay and in sedimentary and carbonate geologic materials that consisted of mudstones, siltstones, conglomerates, slate, and limestone. Water-curtain galleries were developed to ensure the containment of the products with low vapor pressures.  Numerical groundwater and geochemical models that were developed by RESPEC were used to identify targets for grouting, dewatering, and geochemical treatment.  RESPEC was also involved in geochemical analysis to understand potential precipitation issues in water-curtain piping and infrastructure. 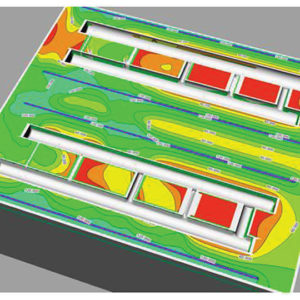