Addressing physical and environmental hazards associated with the Kleenburn Coal Mine.

The reclamation work for the Kleenburn Coal Mine (a former surface coal mine located north of Sheridan, Wyoming) was coordinated with the Sheridan County Engineer’s Office, Wyoming Game and Fish Department (WGFD), and the US Army Corps of Engineers and resulted in creating a public recreation area.

The area was donated to Sheridan County by Padlock Ranch and was open to public use. The water-filled pits, known as the Kleenburn Ponds, provided habitat for waterfowl, fish, reptiles, amphibians, and various other species. In addition to fishing, the site attracted frequent public use for camping, target shooting, and off-road vehicle (ORV) activities. Unvegetated overburden piles were the primary focus of ORV users. The overburden piles were adjacent to the ponds and posed significant hazards because of the steep slopes above the water’s edge. Surface-exposed, coal-waste material across the project area posed a hazard when exposed to external combustion sources.

RESPEC staff used Carlson Natural Regrade with GeoFluv software to achieve an economical and erosionally stable final topography. The completed grading designs reduced overburden slopes, pulled the overburden away from the ponds, incorporated geomorphically stable landforms, and encapsulated coal slack. Cover soils amended with compost and mycorrhizal fungi were applied to the slopes and the site was seeded.

In addition to the overburden regrading, handicapped-accessible walking paths were constructed around the regraded areas and adjacent to the water, and the site was fenced to preclude motorized access. Based on recommendations from the WGFD, the engineering design incorporated a channel to connect the two ponds to promote fish passage and minimize winterkill. A pedestrian bridge funded by Sheridan County and the WGFD was installed over the constructed channel.

Construction was completed in November 2009. The site is managed jointly between Sheridan County and the WGFD as the Kleenburn Recreation Area.

In August 2011, the Kleenburn Coal Mine project received the Western Regional Award from the US Department of Interior, Office of Surface Mining (OSM). The Western Regional Award honors exemplary reclamation projects that emphasize the elimination of dangerous health, safety, and environmental problems that result from abandoned mine lands within OSM’s western region. 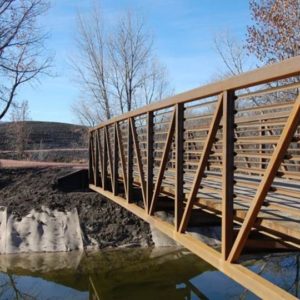 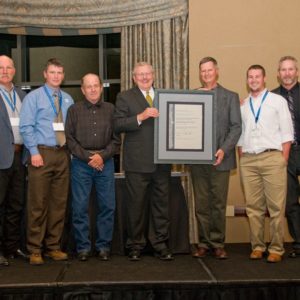 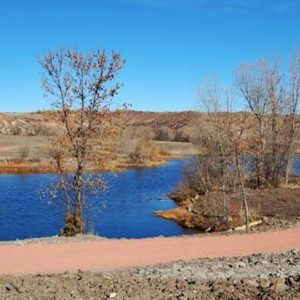