Challenges for this project included developing an efficient building for arctic conditions and optimizing building loads by using a radiant floor system that handles concurrent heating and cooling for the facility. The building envelope employs an R-40 zoning curtain wall system with an R-60 roof assembly. The radiant system effectively uses a four-pipe, common-load configuration that is the first application of its type in Alaska.

An 1,800-ton, central steam absorption chiller system for campus distribution was designed that consisted of two 900-ton, steam-absorption chillers installed in the basement of the facility coupled with two cross-flow cooling towers located on the site. The chiller plant is designed to run in the summer and use steam from the campus power plant. The facility is connected to the UAF campus network for its chilled glycol source. In the winter, the campus’ chilled glycol system is shut down because of a low cooling load, as well as the steam’s primary use for heating on campus. Cooling loads still exist in the facility, so a wintertime free-cooling system was designed to piggyback on the building chilled glycol system by using outside ambient air to chill the glycol for cooling.

A unique challenge included matching specific heat recovery to systems based on application and life-cycle analysis. Because of the corrosive and toxic nature of the fume-hood exhaust system, a runaround-style loop was used to transfer heat out of the exhaust stream to preheat incoming outside air. A higher-efficiency, heat-pipe system was used to recover heat from the laboratory’s general exhaust stream. Rather than waste the heat from the chilled glycol system in the wintertime, outside air that serves the ventilation units is initially drawn through a parallel duct with a coil that functions as a dry cooler for the chilled glycol system. The outside air is preheated and then routed back to the ventilation units for use in the building. Bypasses were installed to prevent overheating.

A centralized electrical service and upper-level power and communications core maintained efficient power delivery with minimal losses in delivery to the laboratory and classroom equipment. LED lighting with networked occupancy and daylighting controls was coupled with automatic shade controls to reduce electrical and solar-heat demands. Coordination with UAF’s audio visual and distance learning was enhanced with lighting controls located at instructor and door locations. Critical mechanical heating, ventilation, and air conditioning (HVAC) systems were equipped with primary and backup variable speed controllers in locations where delivering typical, manual bypass starters could damage the research conducted in the laboratory section. Access-control systems used wired door controllers to allow for a quick lockdown at the perimeter and wireless controllers for interior spaces. Installed and future magnetic resonance imaging (MRI) facilities were incorporated into the project’s lower level. A lightning-protection system was included to protect high-value equipment and research within the building. 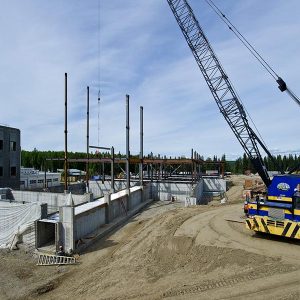 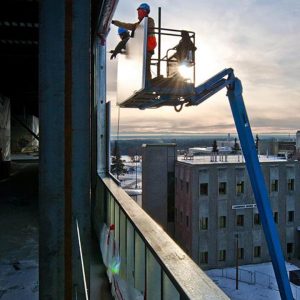 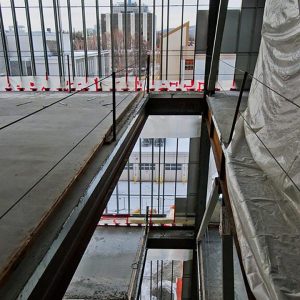 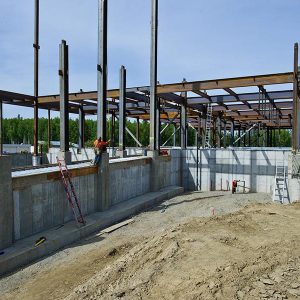 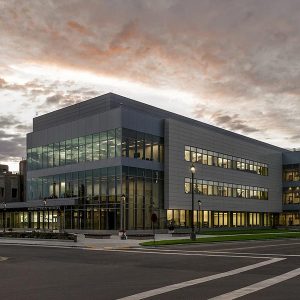 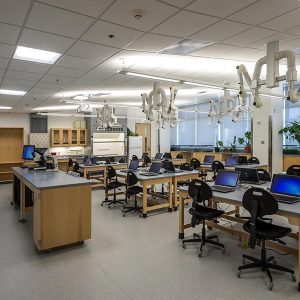 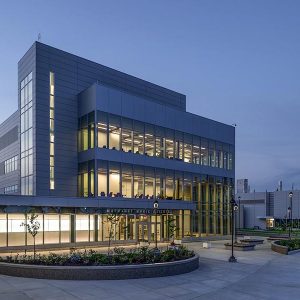