Established in 1827, South Carolina’s historical Haile Gold Mine was one of the first operating gold mines in the US.
Home / Projects / Oceana Haile Gold Mine

Improving Drill-and-Blast Operations in a Hard-Rock Mine

Established in 1827, South Carolina’s historical Haile Gold Mine was one of the first operating gold mines in the US. Today, the mine is owned by OceanaGold, a global gold-mining company. RESPEC began working with the OceanaGold Haile operation to assist the mine in establishing a drill-and-blast engineer role for a future hire. Our work also involved collecting baseline quality assurance/quality control (QA/QC) data to be used in tracking changes and improvements to the drill-and-blast operation. RESPEC’s team targeted drilling accuracies, blast performance, and the design plan versus actual data.

After the successful short-term project was completed, OceanaGold hired RESPEC’s on-site team to implement improvements to the site and track/audit changes in operational performance. RESPEC’s staff furthered our previous work and assisted with ramping up drill-and-blast production to meet increased production requirements. RESPEC’s team worked closely with the technical services group, mine operations, and blasting contractors. Our Scope of Work included observing and evaluating safety procedures and requirements related to drill-and-blast and other programs, as well as formalizing the new engineer position and associated tasks. Our team performed daily drill-and-blast engineering tasks and conducted QA/QC on the drilling and blasting when possible, including on drill quality, loading quality, explosives performance quality, and muck-pile results. We also provided drill-and-blast instrumentation services and interfaced with the explosives service provider. When OceanaGold was ready to hire a full-time, drill-and-blast engineer, RESPEC seamlessly transitioned the role and transferred responsibilities to the new employee.

RESPEC is proud to work with OceanaGold, a company that shares our own values in caring for the environment, helping the communities where we work, and leaving a positive legacy beyond the mine life cycle. 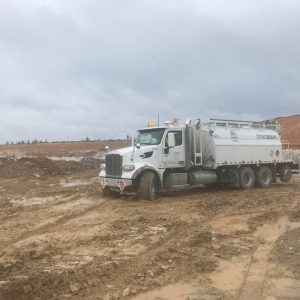 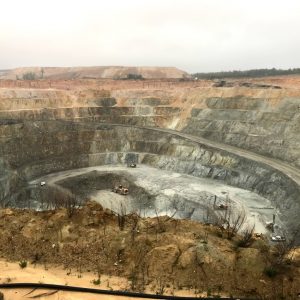