The SEALASKA Heritage Institute (SEALASKA) owns the Walter Soboleff Building, an Alaska Native cultural hub in the heart of Juneau, Alaska’s tourist district. Named after a Tlingit spiritual leader and educator, it honors the Tlingit, Haida, and Tsimshian cultures of Southeast Alaska. SEALASKA wanted a center that encapsulated sustainability: an environmentally conscious building to preserve ancient languages, artifacts, and cultures.

SEALASKA selected our Alaskan engineers to amplify its energy conservation and reduce its maintenance costs.

Surrounded by rainforests and high-altitude lakes, the Gastineau Channel, ice fields, and nearly constant rainfall, Juneau is, generally speaking, very wet. Rain-sodden tourists often track water into SEALASK’s building, which houses the state’s largest Tlingit, Haida, and Tsimshian art collections and a life-size clan house. The basement, where many of these treasures are kept, is below the water’s high-tide level—and only about 400 feet away from the ocean.

With safety for humans and artifacts in mind, the team designed radiant floor heating to evaporate water and project heat. LED lighting, chosen for its energy efficiency and low-ultraviolet emissions, emits an inviting glow down the exhibit halls and in the ceremonial spaces for guests to follow.

To heat the building, the team designed a dual-fuel heating plant with two smaller wood pellet boilers and a backup electric boiler. The backup electric boiler feeds off an electric grid wholly unique to Juneau. The city gets most of its electricity from a renewable hydropower source: high-altitude lakes replenished by frequent rain.

In fact, Juneau, part of Alaska’s rain country, has an abundance of cold water. According to Doug Murray, one of RESPEC’s Principal Mechanical Engineers and a Region Manager, the city uses stored rainwater for domestic purposes. As part of the building’s energy conservation, the team decided to use city water—a renewable source—for cooling coils and ventilation systems.

In the basement sits the conservatory and cultural storage room where tribal antiques are inspected, cleaned, and stored in temperature- and humidity-controlled environments. Because the basement is lower than the high-tide level and close to the ocean, the team implemented a site-sub pump system and designed floors 24-inches thick. The floors are so thick it took 10 days for workers to begin feeling the heat projection.

Our engineers also designed a pre-action sprinkler system to keep the collections safe in the basement. Rather than remain suspended over the collection—potentially harming antiques if pipes burst—the water won’t flow through the pipes until necessary.

RESPEC operates with sustainability in mind. The Alaska team’s solutions combatted and used the elements of a unique city, which earned the project a Leadership in Energy and Environmental Design (LEED) Gold certification, the second-highest available. 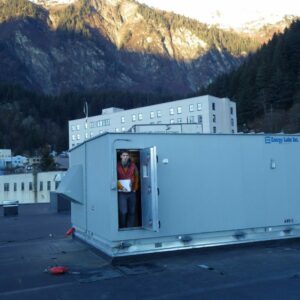 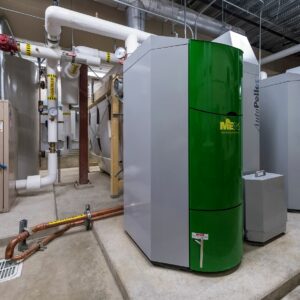 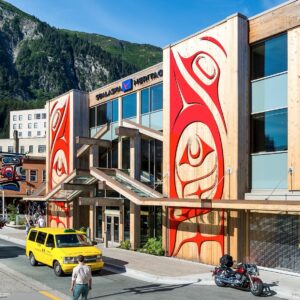