Examining the relationships between the biological community and nutrients in the International Red River Watershed.

RESPEC was contracted by the International Joint Commission to examine the relationships between the biological community and nutrients in the Red River. The first task was facilitating a workshop that involved international experts to develop a conceptual model of stressor-response relationships in the Red River. After the conceptual model to characterize potential pathways for nutrient effects was created and subsequent data gaps were identified, RESPEC helped an international team develop a periphyton, phytoplankton, and water quality monitoring plan that would fill the data gaps. RESPEC identified algal communities and determined both the abundance and diversity of algal species. After the analysis was completed, an effective nutrient stressor-response model was developed by using a combination of periphyton, phytoplankton, water quality, and land-use information.

Multiple statistical analyses were performed to establish a statistically and ecologically valid relationship between the biological response group and the measured environmental variables. A stressor-response of algae caused by nutrients was first indicated through determining the statistical correlations between the algal community and the established nutrient gradients. A stressor-response in quantity was apparent in both phytoplankton and periphyton, although the growth of the latter was significantly repressed by total suspended solids (TSS) concentrations. The stressor-response of periphyton quality, as determined by pertinent diatom metrics, was not suppressed by TSS concentrations because a significant, negative response was seen with increasing nutrients starting at Fargo/Moorhead.

Using the information from these analyses, nutrient targets were determined by using the results from sites with regional regulatory limits on primary productivity measures and a higher quality diatom-based metric result. This process resulted in a recommendation to establish nutrient targets of 0.15 milligrams per liter (mg/L) for total phosphorus and 1.15 mg/L for total nitrogen. The appropriateness of Minnesota’s existing river nutrient TSS standard of 100 mg/L was reinforced by these analyses. 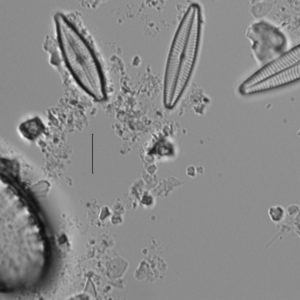 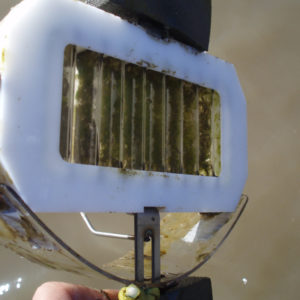 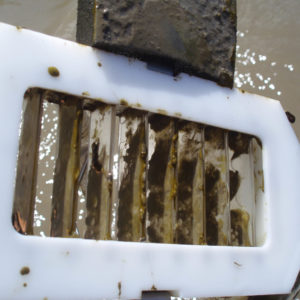