Located within the John D. Rockefeller, Jr. Memorial Parkway and approximately 2 miles south of the Yellowstone National Park south entrance, RESPEC was contracted by the state of Wyoming, Abandoned Mine Land Division (AML) to evaluate and eliminate the public safety hazards and environmental degradation associated with 65 acres of lands previously disturbed by gravel mining activities within the Snake River floodplain.

The proposed actions to reclaim the site and restore wetlands were necessary to improve habitat values and to comply with National Park Service (NPS) policies, the Clean Water Act in accordance with the US Army Corps of Engineers, the Environmental Protection Agency, and the Wyoming Department of Environmental Quality standards and directives. A combined $1.3 million was received from a partnership between the Federal Highways Administration (Western Federal Lands Highway Division) and the AML to complete the investigation, design, and reclamation of this project.

In addition to being located within the Yellowstone Grizzly Bear Recovery Area, the project site was home to seven different mammal, bird, and reptile species that are either listed or are being considered under the Threatened and Endangered Species Act. Among these included the whooping crane, bald eagle, grizzly bear, the gray wolf, mountain plover, and the western boreal toad.

Under the direction of a cooperative effort between RESPEC, the NPS, and AML personnel, earthwork activities were conducted by a grading contractor between July and October 2002. Approximately 350,000 cubic yards of mine-reject material and topsoil was reshaped for reestablishing sedge meadows, willow flats, stream channels, oxbow ponds, and upland features. In 2002 and 2003, an agronomic contractor collected five different species of wetland plants and willow cuttings with live buds (all native to the Snake River floodplain) and stored, germinated, and grew the wetland seedlings in an off-site plant nursery. From mid-June through early July 2002, a total of 602,000 herbaceous plants and 35,000 willow cuttings were planted within the project site limits.

After a decade since mining activities ceased, the damage to the wetland and riparian ecosystem has been reclaimed in accordance with the NPS management policies and legislative mandates. For excellence in engineering design and construction management services, RESPEC (then PHC-REC) was awarded the coveted 2004 People’s Choice Award for Best National Reclamation project presented by the US Department of Interior. 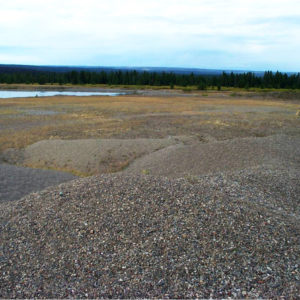 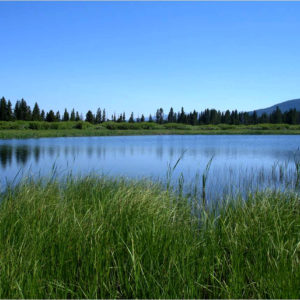 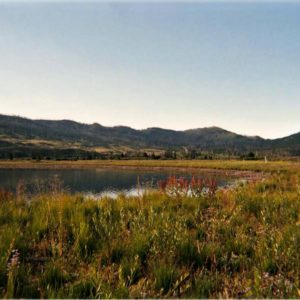