Continental Cement selected RESPEC staff to determine the potential of airblast from underground blasting damaging permanent underground structures during the development of their underground limestone mine.  RESPEC used this opportunity to conduct an industry and literature review on the current knowledge of underground blast pressures; the study showed a significant lack of research in this field.

RESPEC used the limited data available from historical studies to estimate the expected blast pressures on the mine’s permanent fan wall, which was undergoing installation.  RESPEC then used that estimate to specify and acquire advanced monitoring equipment that could be used to gather empirical data from the mine.  RESPEC monitored many blasts to collect data, which was used to analyze the nature of the blast pressures.  The results of the study were used to compare the design strength of the underground infrastructure to the blast pressures produced by the underground blasting operation.

The final product of this study was an easily applied empirical equation for determining blasting limits that would control air overpressures and prevent them from harming the underground infrastructure. 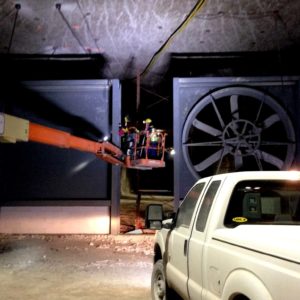 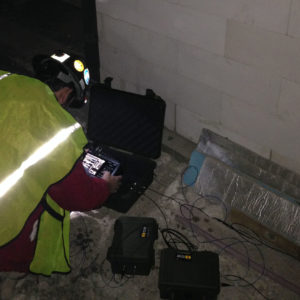 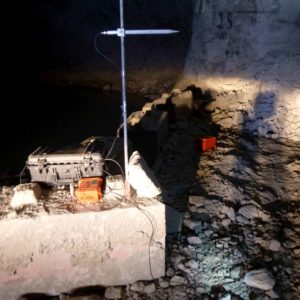