Providing daily engineering and assistance to the development of a 1.3-million-ton-per-year underground limestone mine in northeastern Missouri.

Continental Cement hired RESPEC to help in developing its underground limestone mine, which was a multiyear project that included a comprehensive mine design. The original mine design options developed during the feasibility study were assessed based on several important variables. RESPEC conducted in-depth geologic mapping of the project site and nearby properties to provide a detailed understanding of the localized geologic stresses. Furthermore, the ultimate mine design was actively evaluated during the development phase, which included chemical testing of the limestone to confirm the validity of the original chemistry model. RESPEC continuously worked with the client to develop accurate and in-depth short- and long-term mine plans for the operation.

RESPEC designed and wrote the bid packages for many aspects of the project; the bid process minimized the overall cost of the project to the client. Individual bid items included major tasks such as overall mine development, surface excavation work, decline construction, reclaim tunnel construction, and shaft construction. Bid items also focused on infrastructure such as the conveyor and conveyor belt manufacture and installation, the underground crushing system, the electrical and communication systems, and the water-control system. Additionally, RESPEC managed the bidding of mining equipment, grout installation, and other miscellaneous infrastructure needs. 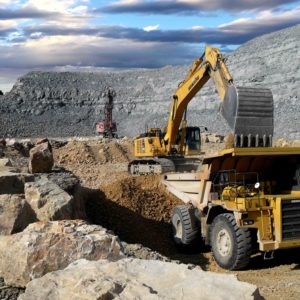