One support facility that is vital to operating and maintaining the Deadhorse Airport is a combined airport rescue and fire-fighting (ARFF), snow removal equipment building (SREB), and flight service station (FSS) facility shared by the state of Alaska and the Federal Aviation Administration (FAA). This combined facility, designed by RESPEC and constructed in 2000, was built to allow state and federal agencies to share the high construction and maintenance costs in support of facilities in the Arctic. The 19,000-square-foot ARFF/SREB/FSS facility includes the following:

• Multiple vehicle bays for emergency response vehicles at the airport, as well as maintenance operations
• Office and training, restroom and locker room, living and sleeping, and storage areas
• A control room for flight operations, electronics room for testing and storage, and weather balloon station
• Living quarters that consist of individual sleeping rooms with private restrooms and a large kitchen and lounge area for group activities.

Life and safety code issues for the mixed-use occupancies were challenging. Rated construction provides separation between the shop, office, and living quarters. Permafrost at the site posed a challenge that RESPEC met with a creative, active refrigeration system solution.

In 2005, the Alaska Department of Transportation & Public Facilities (DOT&PF) again contracted with RESPEC to add two more work bays, eight dormitory rooms, and a sand storage bay. Expanding this facility provided space for more equipment, sand and deicing chemicals, and living quarters for additional personnel. The original facility was built on a pad that was constructed in the mid- to late-1970s. The existing ARFF nearly covered the entire pad, so a new pad had to be constructed for the addition. Bridging the old and new pads was not recommended for this essential facility because differential settlement was a possible concern.

Environmental Issues: Deadhorse is an environmentally sensitive area for birds. Spectacled eiders, which are listed by the US federal government as a threatened species, breed near the airport. Careful attention to construction timing and adherence to guidance from the U.S. Fish and Wildlife Service were necessary to protect the avian habitat. Cumulative impacts, primarily to wetlands, were difficult to determine because a local government does not exist to request a list of projects in the area. RESPEC asked oil companies, private businesses, and state agencies to identify actions for the past, present, and reasonably foreseeable future.

On-Site Wastewater Treatment and Disposal: In 2006, RESPEC studied the feasibility of a proposed on-site wastewater treatment system (Lifewater Engineering’s ExtremeSTP) for the domestic wastewater generated at the workers’ living quarters as compared to the current holding tank/pump/haul operations. The study, which considered existing site conditions, usages, environmental conditions, and cost, found that the on-site system would cost significantly less to operate and maintain than hauling wastewater – the initial capital cost would be recovered in 1 year. The Extreme STP is a pre-engineered unit with three chambers dedicated to pre-treatment, treatment and disinfection, and effluent flow control. Effluent from the unit meets or exceeds the surface water discharge requirements set by the Alaska Department of Environmental Conservation, so it does not require a leach field but can be discharged to the ground surface. 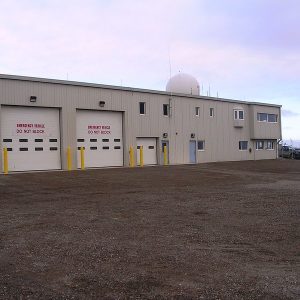 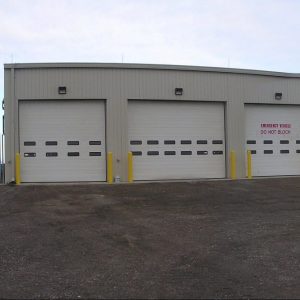 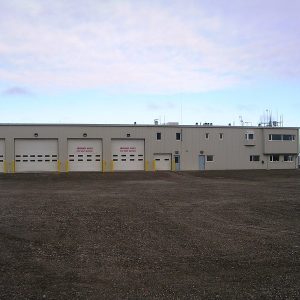 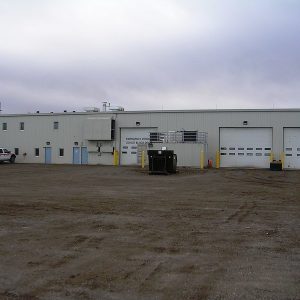