Known for solving the world’s toughest scientific and technical challenges, RESPEC designed a customized solution for Wyoming’s LaPrele Irrigation District (the District). The project location is the rocky terrain of Wyoming’s Converse County, which is home to many prehistoric fossils.

As one of the only engineering companies that specializes in both irrigation and rock mechanics, RESPEC was hired by the Wyoming Water Development Commission in coordination with the District to assess the entire District, including the LaPrele Dam, a private Ambursen-style dam located below a rugged, weathered canyon wall several hundred feet tall. The 140-foot-high colossal dam, which was completed in 1909, was threatened by obvious loose boulders perched immediately above the dam on the canyon walls—the largest weighed an estimated 410,000 pounds. Other boulders were present higher up on the canyon walls but evaluating them would require rope access. The dam was also found to have cracks that required structural monitoring.

The RESPEC rope team spent 3 days at the dam in September 2019 using rope-access techniques and rappelling skills to map boulders and stratigraphy on the rattlesnake-infested higher canyon walls. After data were analyzed, more than a dozen boulders were determined to be threatening to the dam.

The RESPEC instrumentation team designed a custom data acquisition system (DAS) that used displacement transducers and Geokon crackmeters. RESPEC fit the most threatening boulder with a string potentiometer that can detect movement as slight as 0.01 inch. The dam was fitted with five crackmeters that have a resolution of 0.001 inch and a camera that photographs the water surface behind the dam. The sensors and camera are tied into the solar-powered DAS that uses a cellular gateway to send data to an online dashboard. The dashboard is configured with early-warning alarms that will alert District authorities and give them time to warn and clear the area in the event that the rocks or dam begin to move.

The solution provides a powerful safety mechanism for the small irrigation district, area hunters and campers, and wildlife and livestock.  RESPEC’s creative, cross-disciplined team successfully worked under extreme conditions to create a unique and customized solution. 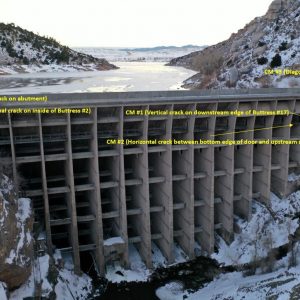 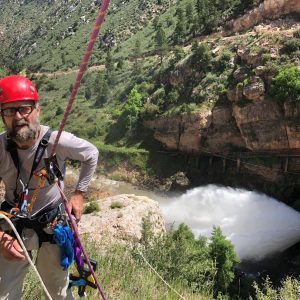 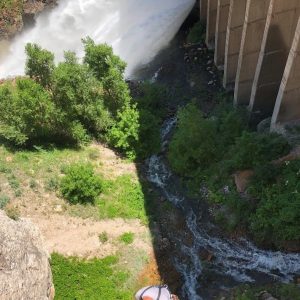 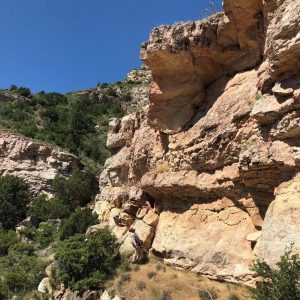