Assessing and monitoring the condition of a mussel community during construction and operation of a 366-meter navigation lock.

As part of a navigation lock addition project by the US Army Corps of Engineers (USACE), Nashville District, at Kentucky Lock and Dam located at Tennessee River Mile 22.4 in Marshall and Livingston Counties, Kentucky, a mussel monitoring program was initiated in late July 2003 to assess the current condition of the mussel community and to monitor changes that may occur during construction and, later, during operation of a proposed new 366-meter lock. In July 2005 and 2007, this monitoring was continued with data collection similar to the 2003 survey. Two exhaustive reports that describe the subsequent analyses were completed following the 2003 and 2005 surveys. As a supplement to the 2003, 2005, and 2007 reports, a statistical analysis was performed to further characterize the natural variation of the mussel communities. The primary goal of this analysis is to use visual ordination techniques to establish a reference for natural community variation that will contribute to detecting potential impacts from the proposed lock construction. 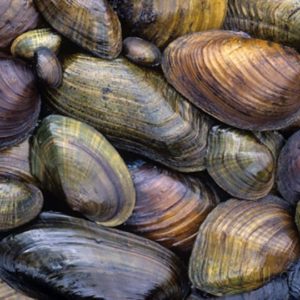