Restoring the natural hydrology after a century of change.

This unique project, located in the suburban Spokane, Washington, area, seeks to restore natural hydrology to the Saltese Flats (Flats), which is a 515-acre former lakebed that historically supported a seasonal lake feature before being drained for agricultural purposes in the early 1900s. The initial phase of the project included reintroducing a natural hydrologic regime through the Flats that included enhanced wetland features, open-water areas, and connecting stream channels. Design considerations also included the potential future use of the site as a location to discharge reclaimed water from Spokane County’s wastewater treatment facility.

In support of the project, RESPEC completed a restudy of Saltese Creek, Saltese Flats, and Shelley Lake to correct known inaccuracies in the existing Federal Emergency Management Agency Flood Insurance Rate Map. RESPEC performed a detailed analysis of the watershed using the HEC-HMS computer model to simulate hydrologic response over a 32-year period. Baseline water level and flow data have been collected since 2008 to better understand hydrologic conditions at the Flats before wetland restoration. A secondary goal is to use the data collected to continue improving the monitoring efforts and developing a robust, long-term monitoring network. 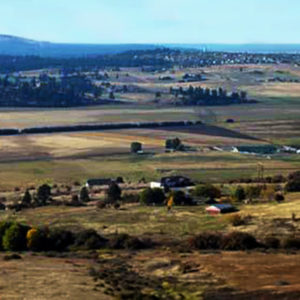