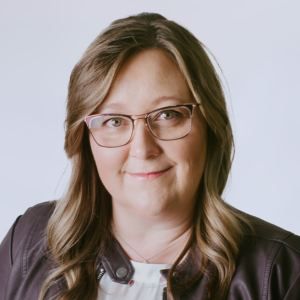 RESPEC has promoted Tabetha Stirrett to Vice President of its Mining & Energy unit (M&E), and she has begun working with Senior Vice President Jay Nopola and Vice President Stephen Kan as part of M&E’s leadership team. Tabetha joined RESPEC in 2016 when the women-owned company North Rim united with us. With over 25 years in the industry under her belt, Tabetha now focuses on growing our industrial minerals market so we can continue evolving.

Tabetha has expanded our support of the potash market in Canada and globally. She has looked at every potash basin in the world, teaming up with international clients and collaborating across RESPEC offices. Her work and connections have opened new opportunities for our engineers to partner with more producing clients worldwide.

Tabetha’s goals stretch along a continuum from increasing technical expertise to increasing client relationships. For instance, she anticipates strengthening our mining lifecycle services will allow us to support our clients earlier in their operations and keep us more engaged throughout the process.

“I love getting the work done, expanding our market presence, and injecting more geology into RESPEC’s services,” says Tabetha. “I’m also passionate about the chase: getting our clients results and opening doors for our employees along the way.” She notes that it’s passion for the work that inspires RESPEC to seek opportunities for our employees to grow and succeed.

“Over the years, Tabetha has strengthened her role in RESPEC and RESPEC’s role in mining,” John says. “She has helped M&E offer more services, include more people, and think outside the box. Her promotion is a recognition that she contributes to a range of technical areas and opportunities that improve RESPEC.”

John points to M&E’s growing diversity as an example. Leaders like Tabetha are demonstrating their commitment to bringing people from different walks of life to RESPEC. Currently, M&E has the largest percentage of foreign-born employee-owners. Since mining is global, having a diverse team is critical.

“Like many industries rooted in STEM, mining has lacked diversity, especially in its leadership. Women, Indigenous peoples, visible minorities, those with disabilities, and 2SLGBTQ+ persons deserve parity,” says Debra Shewfelt, a Co-President of RESPEC Canada alongside Tabetha as well as her longtime colleague. “Every step taken in the right direction is wonderful, and now we can celebrate Tabetha’s promotion too.”

“Moving into this position is important for representation,” Tabetha says. “Fundamentally, my job is the same: Use every ounce of energy I have to find new markets and new people to strengthen RESPEC.”

Please join us in congratulating Tabetha Stirrett on her promotion to Vice President of M&E!