New York State Electric and Gas (NYSEG) was considering developing a Compressed Air Energy Storage (CAES) facility near Seneca Lake, New York. As a subcontractor to PB Energy Storage Services, Inc. (now WSP USA), RESPEC was engaged to perform a thermodynamic and thermomechanical evaluation of a proposed salt cavern design that was to be situated in the bedded salt geology near Seneca Lake in western New York.  Thermodynamic simulations of the air storage cavern design were performed to ensure that the cavern would have the air storage capacity required to operate the facility and a well casing of sufficient size to handle the preferred air flow rates. Because rapid air injection and withdrawal result in large temperature and pressure swings in a storage cavern, thermomechanical modeling was required to evaluate the effects that changes in cavern pressure and thermal expansion and contraction have on the stresses surrounding the cavern. The mechanical properties of the salt and nonsalt rock units included in the thermomechanical model are based on RESPEC laboratory testing that was conducted on rock cores from two wells at the proposed facility.  Although the study resulted in a feasible cavern design, NYSEG determined that the proposed facility was not economically feasible at the proposed location and under the current power-generation market conditions. 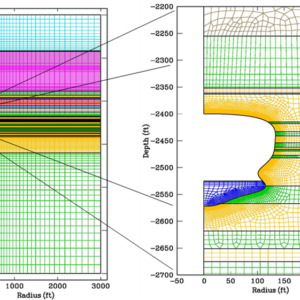 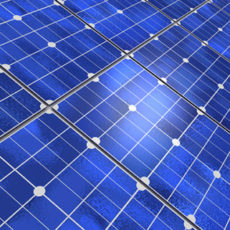 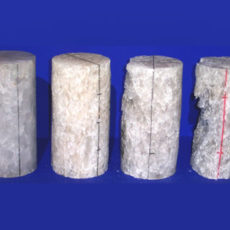 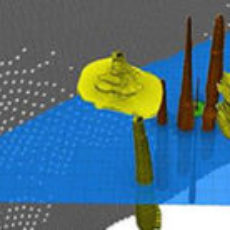