Assisting Hilltop Stone in the due-diligence effort associated with evaluating a limestone mine acquisition in Pendleton County, Kentucky.

RESPEC was retained by Hilltop Stone to assist in the due-diligence effort associated with evaluating a limestone mine acquisition in Pendleton County, Kentucky. The due-diligence effort included reviewing historic mining activity and data from other local operations; analyzing core drilling; and conducting a detailed analysis of current surface mining, air quality, and discharge permits. The site review included analysis and valuation of the mining equipment on site, the configuration of the processing plant, and the layout of the mining operation and mine plan.

Based on the data review, RESPEC determined that developing the property by surface mining was possible and more economical instead of implementing the underground plan that was considered by the previous owner. This concept required reexcavating some previously backfilled areas and excavating an interburden layer in the pit floor, in addition to significant stripping of undisturbed areas. The large-scale, surface-mining approach recommended by RESPEC provided market-price strength with comparatively major long-term cost savings. By using this mining approach, RESPEC assisted Hilltop Stone in developing a successful bid for the property.

After Hilltop Stone was awarded the bid, RESPEC was retained to develop the business plan to aid in obtaining project financing. As part of the business plan, RESPEC developed a detailed reserve analysis in combination with a life-of-mine plan. Based on the mine plan and the introduction of new mining equipment and a processing plant, RESPEC prepared a detailed financial model for the project. Additionally, RESPEC completed a detailed competitor analysis and market trend analysis and provided a valuation of the property based on discounted cash flow, multiple of historical earnings, and multiple of sales. RESPEC’s valuation was used to compare the negotiated purchase price with the accepted property valuation approaches. Based on the business plan prepared by RESPEC, Hilltop Stone obtained project financing and closed the acquisition. 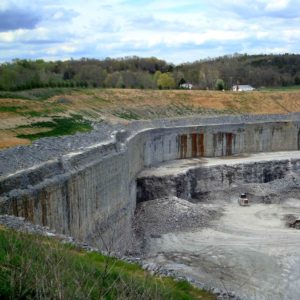