The Kentucky Resources Council (KRC) retained RESPEC to investigate the cause of a landslide in Pike County, Kentucky.  The KRC was concerned that the landslide, which impacted a residence, was caused by a nearby mining operation.

RESPEC reviewed supplied documentation from the KRC and publicly available surface and underground coal mine data; conducted a site inspection of the landslide; and evaluated the potential effects of surface mining and blasting, groundwater, and surface water on the stability of the slopes above the Ramey residence. Specifically, RESPEC conducted a geospatial analysis of the surrounding topography, surface and underground mine mapping, and mine permits to determine if any known mining impacts could have influenced the landslide. RESPEC also performed a site inspection of the landslide to determine the current state of the slopes as well as landslide, soil, and other parameters that affect slope stability. Finally, RESPEC evaluated the slope stability above the residence to provide a better understanding of the landslide event.

In summary, RESPEC found no evidence that surface or underground mining caused the landslide. RESPEC’s professional opinion is that the landslide was most likely caused by steep slopes and saturated soil from heavy rainfall. 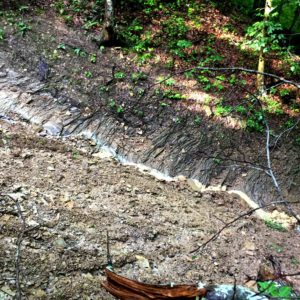 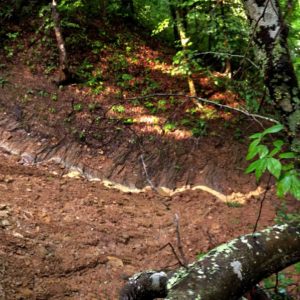