Evaluating and reviewing the performance of a stone quarry while offering advice and mine planning services.

The Alabama marble quarry was renowned for producing a distinctive white marble referred to as “Alabama White.” As part of the assignment, RESPEC evaluated the recoverable reserves of blocks and reviewed the performance of the previous operator.

Part of the technical support included testifying in federal bankruptcy court on behalf of TBGS Holdings (the owner of the property), who was seeking to evict the operator. TBGS Holdings ultimately prevailed and took control of the quarry. The quarry is now operated by TBGS Holdings and is doing business as Sylacauga Marble Quarry.

Following the court case, RESPEC has continued to support the quarry with mine planning services. 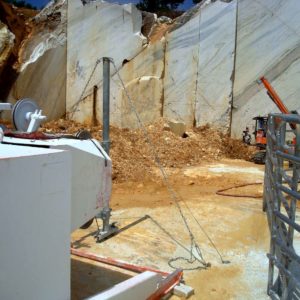