Collaborating to evaluate gas velocity from a cavern to the surface to determine the duration of a blowout from a major gas release and fire.

In August 2004, a natural-gas salt storage cavern at the Moss Bluff facility in Texas experienced a major gas release and fire. The fire self-extinguished in 6 days after the 6 billion cubic feet of natural gas stored in the cavern was expelled. The cavern was rewatered less than a month later and put back into gas storage operation less than 1 year after the blowout incident. Pre- and post-incident data were provided to the Solution Mining Research Institute, who solicited proposals to predict the consequences of such a gas depressurization scenario. In 2012, RESPEC teamed with Brouard Consulting, Paris, France, and was selected to predict the geomechanical consequences of the pressure and temperature evolutions and confirm the results with available post-incident data. The study concluded that the velocity of gas as it traveled from the cavern to the surface would be supersonic (which is physically impossible) if the flow was not properly defined. An appropriate flow model was identified, incorporated into a software program, and used successfully to predict the duration of the blowout. Even with the flow restricted, subzero temperatures were predicted in the cavern, which, combined with loss of pressure, produced conditions that resulted in a significant amount of rock damage to the walls of the cavern. This finding was confirmed by post-incident data that showed a pile of rubble had formed on the floor. It was concluded that flooding the cavern with fresh water dissolved the damaged rock that remained in the cavern walls. 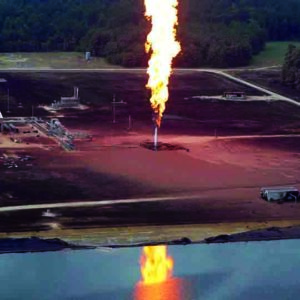 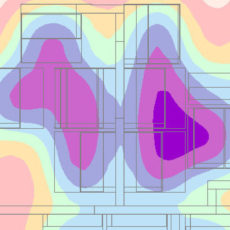