Providing field geoscience services support at a developing sinkhole at a salt dome.

In August 2012, RESPEC was contracted by Texas Brine Co., LLC to provide field geoscience services support at a developing sinkhole on the western flank of the Napoleonville salt dome in Louisiana. A deep underground salt-brine cavern had experienced a structural breach, which allowed the surrounding sediments to flow into the deep underground cavern, cause a sinkhole at the surface, and liberate gases from the disturbed sediments.

RESPEC geoscientists deployed a real-time, early-warning system to monitor the effects around the developing sinkhole continually. The sinkhole is in a coastal cypress swamp, so the monitoring system must operate in extremely harsh conditions (e.g., intense heat, high humidity, hurricanes, heavy rains, and insects) with minimal maintenance. The system consists of research-grade dataloggers, tiltmeters, inclinometers, and water-level transducers. RESPEC developed a novel subsidence-monitoring system using ever-changing swamp-water levels to measure the ground subsidence in flooded areas. Data are continuously collected and transferred real time via spread-spectrum radio to a base station that sends data over a cellular network to a secure server. The network telemetry allows two-way communication so that data can be gathered remotely, and the dataloggers and sensors in the field can be reprogrammed or reconfigured from the office.

Data from the inclinometers, tiltmeters, and water-level gauges are combined with InSAR data and traditional elevation survey data to create subsidence-rate contours over the large areal extent. Water-level data are compared to microseismic monitoring data to indicate the onset of rapid subsidence events. 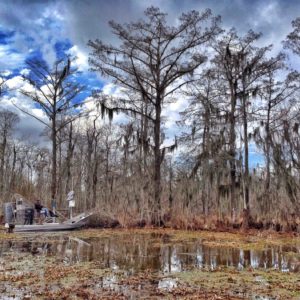